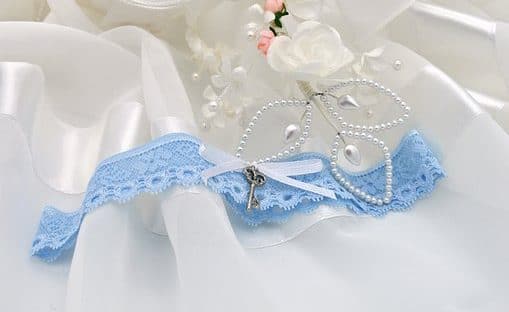 Something old and something new

All the occasions we celebrate are riven with traditions. Easter has the eggs and the bunny, Christmas has Father Christmas/ Santa Claus – and more besides – depending on the nation. And, of course, every family puts their own spin on these regular calendar markers. And weddings are no exception.

Back in the days when most of us had chimneys, to have a chimney sweep turn up at your wedding was seen as great good fortune. If he wished the couple good luck that was a very good omen indeed.

Remember Dick Van Dyke inn ‘Mary Poppins’?: ‘Good luck will rub off if you shakes hands with me’.

Chimney sweeps had, as Sooty the Sweep explains, this luck dispensing ability invested in them by King George II, when a sweep was the only one brave enough to stop his out-of-control carriage and save the king’s life. As a result the king issued a royal decree declaring chimney sweeps as bringers of luck that one should treat with respect.

Then there’s horseshoes – an ancient symbol of good luck of course. Since time immemorial we’ve hung them over doorways across the globe to protect the home from evil spirits. The giving of horseshoes to a bride is a tradition of long standing. Well before Christian times people thought that a horseshoe resembled a crescent moon and that made it a very potent fertility charm! But, more recently, in Victorian times the tradition became established as a way of bringing good luck to the newlyweds for the duration of their lives together.

Steeped in as much tradition as it is in fruit and brandy is the old fashioned wedding cake.

The traditional white wedding dress is a relatively new one for British brides after Queen Victoria made them fashionable. As this Vanity Fair article explains, Queen Victoria made such a sartorial impression nearly 180 years ago that her example of wearing white is still considered mandatory by many a traditional bride. Further, Victoria’s choice of white bore no relation to any notion of purity. Victoria wore white for no other reason than that it complemented the delicate lace on her dress. Before Queen Victoria caused a sartorial stir women of the lower orders wore their best dress and those with a bit more money married in a colourful dress that they could recycle for other occasions. And IF, before Queen Victoria, a bride wore white, it symbolised wealth rather than purity – they could afford to have the dress cleaned.

A wedding rhyme – Something old and something new

There’s a related tradition that may have its origins much earlier than the white dress:

The origins of the rhyme are not clear but you can find references to it as an ancient custom in an 1876 edition of ‘Notes and Queries’. (Wikipedia) In Britain this old couplet is a direction to the bride on what she should wear. Originating here, the tradition has since spread across the globe.

Tradition holds that the something blue takes the form of a garter – and there’s yet more tradition behind that. In some wedding rites the bride had the garter plucked her. Saucy? Or Chauvinistic?

Additionally, something blue combines with something old as a device to baffle the Evil Eye – feared to render the bride barren. Preventing such an unfortunate occurrence is the wearing of something borrowed. Properly speaking this should be the undergarment of a women blessed with children so as to pass on her fertility to the bride.

When I got married, many moons ago now, I observed this tradition but in my own way. I borrowed a necklace, the new took the form of my dress and shoes and the blue was a garter.

This particular tradition is not ignored by popular culture. It made it into the ‘Friends’ episode: ’The one in Vegas’. Monica tells Chandler she has to have ‘Something old and something new, something borrowed and something blue before they can get married. So, to fulfil the borrowed part of the rhyme they stole a new blue sweater from a shop and for the old they pressed a used condom into service!

How about you? How did you meet the rigours of this something old and something new rhyme at your wedding? If indeed you met them at all. Or if you’re planning to tie the knot soon do you plan to?

Why don’t you let us know? We’d love to hear from you. Drop a note to: hello@fabulousfunctionsuk.com Our full contact details are here.

Tradition with a twist

The website of Wedding Ideas Mag has lots of ideas on how you can follow the rhyme while you can find a list of 12 modern day takes on the tradition in this article: ‘12 Modern Items to Replace Your Something Old, New, Borrowed, and Blue’.